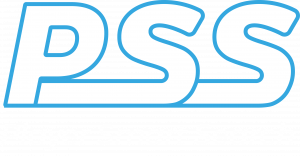 The Player Smart Search helps getting the best out of Soccerment Analytics.

Use data to find the perfect footballers for any specific playing style or tactical need.

Our filtering system is based on a selection of the most important match statistics and performance indexes.

Scout among a vast database of around 10,000 players of the top 14 football leagues in Europe.

DESIGNED FOR THE PROS, ACCESSIBLE FOR ALL

Football professionals
A faster solution for a better scouting

Use data to create innovative insights

Pick the best performers at the lowest price

Get ready for the transfer window
Sign up
Précédent
Suivant

BECOME A MEMBER OF OUR FOOTBALL COMMUNITY 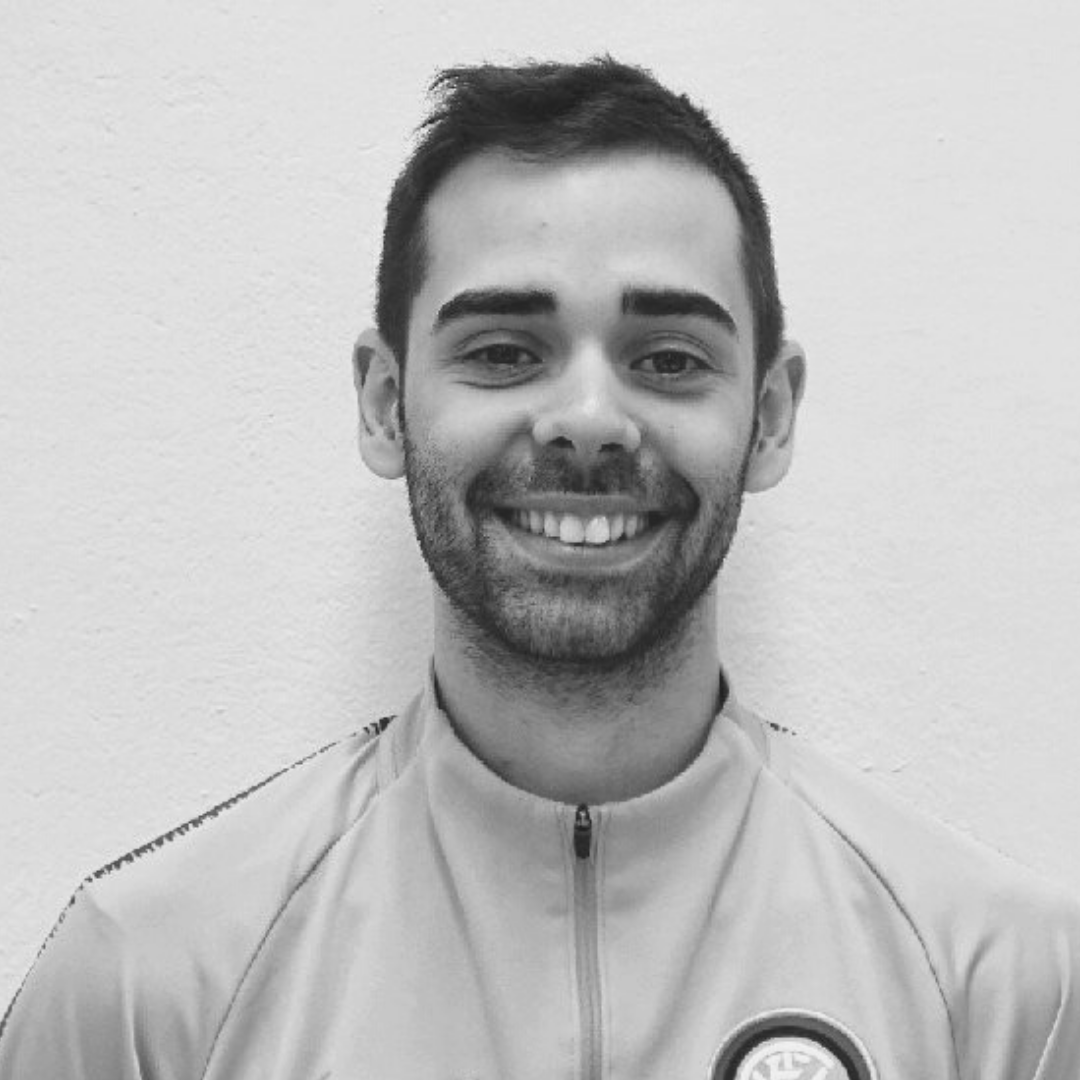 Player Smart Search is the right scouting tool to find and compare players among the top football leagues. Available features like radar charts and player comparison are accessible and intuitive to use. The tool I appreciate the most is the filter, with which you can easily shortlist favourite players according to one or more KPI, saving you tons of time and resources. 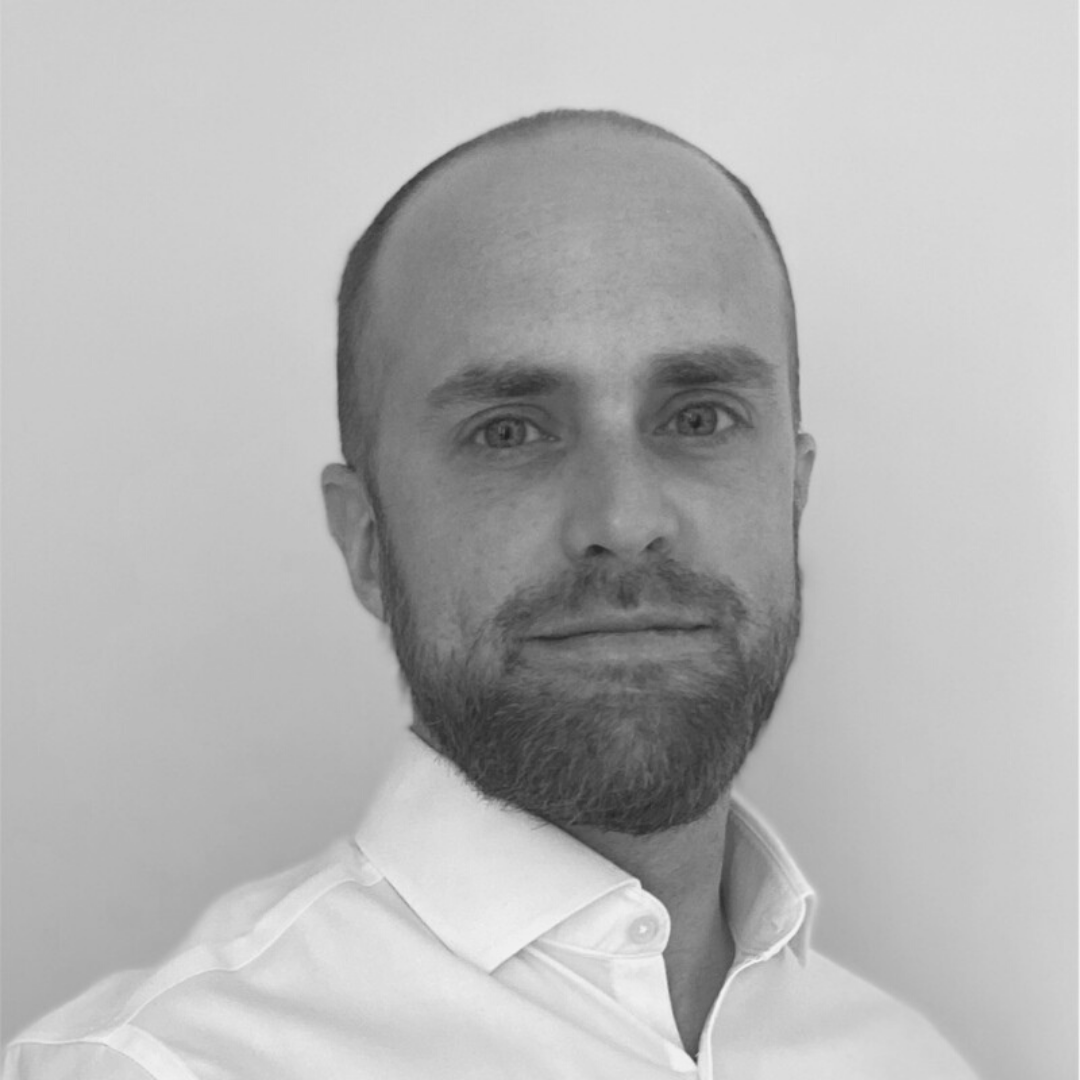 How to easily scout for players and build the perfect FPL squad? PSS! There aren't many tools that solve the trade-off between the depth of the analysis and the time spent on it... and the Player Smart Search certainly does that! Apart from the clear advantage of monitoring the PL players on all the most important metrics, it gives the possibility to keep an eye on the Championship players, which is key for having an edge for the new teams each year. It’s been a massive help this season and thankfully my mates aren’t using it yet...don’t tell them! 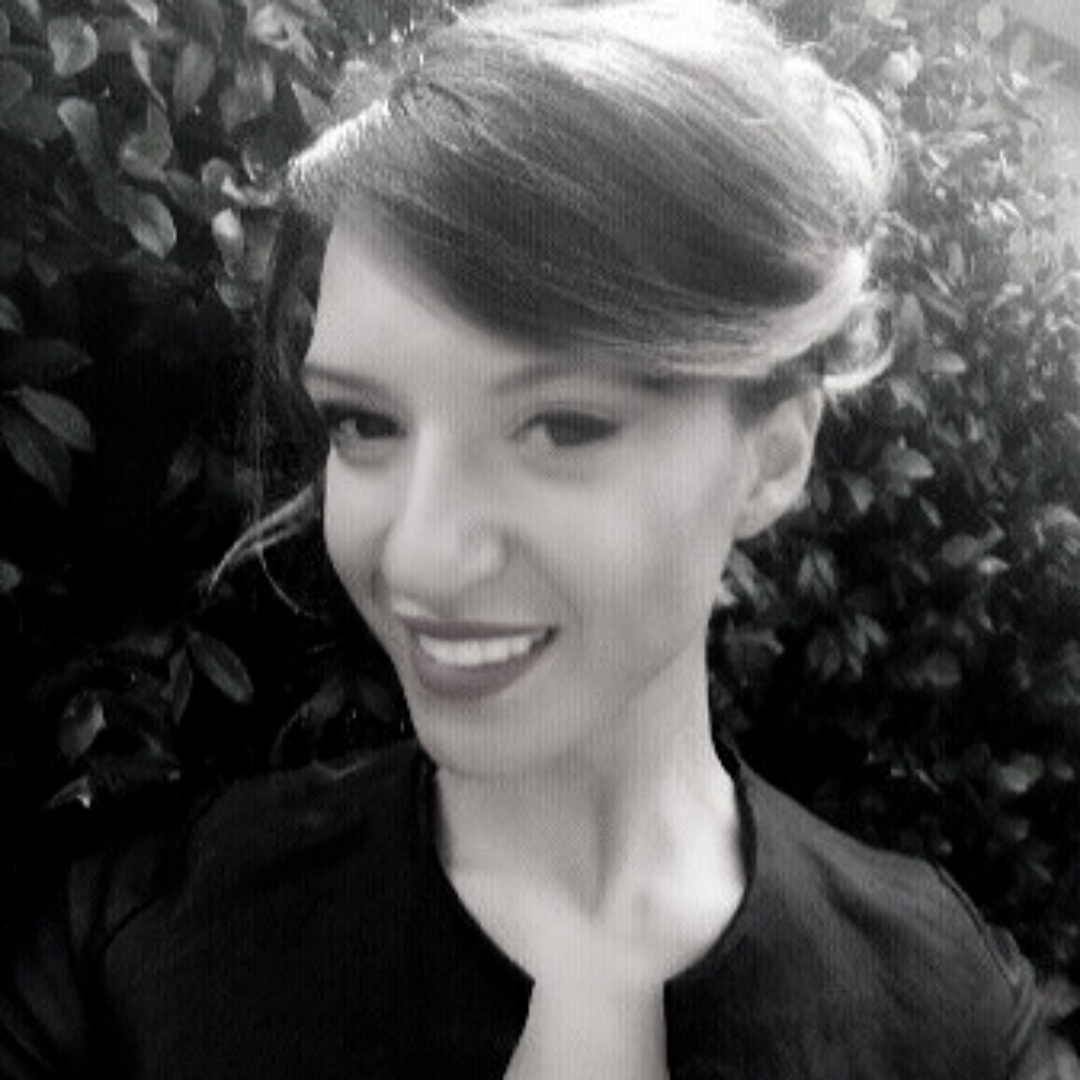 Simona L.

Sport scientist
Lire plus
The importance of data analytics is growing in football!

The importance of data in sports is growing by the day. Soccerment are making use of extremely compelling visualisations to make data analysis very intuitive and fast. The Player Smart Search is a very useful tool for data-driven scouting process, for both professionals and fans.

The Player Smart Search is easy to use whilst, at the same time, is full of features to optimise and tweak the data-driven scouting process to end up with a tailored shortlist of football players. I would maybe add the players' financial valuations.

Luca D.

FM scout
Lire plus
Useful and easy to use!

I find the Player Smart Search to be the perfect tool to scout football players and to compare them, thanks to Soccerment's user-friendly interfaces and intuitive data viz. 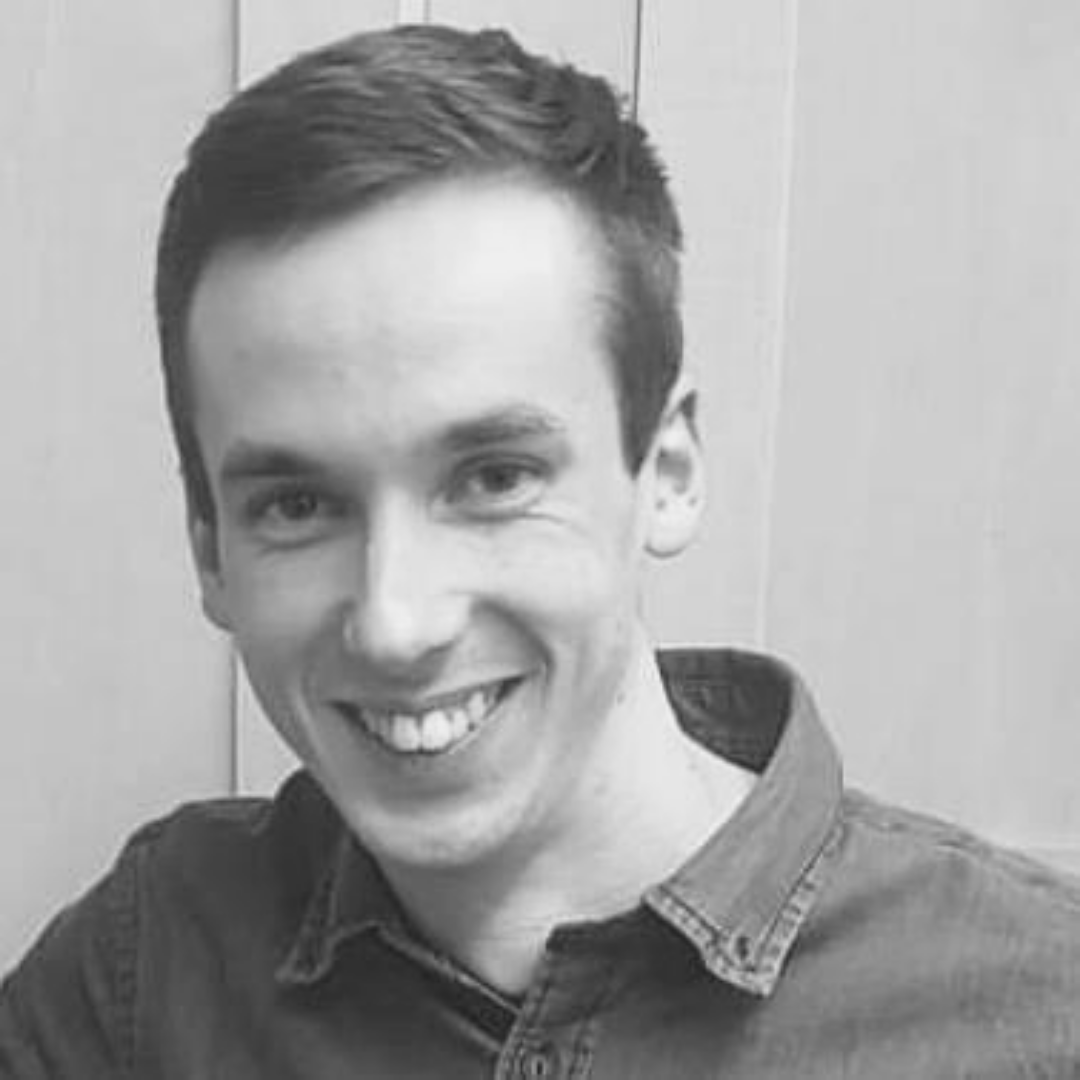 Soccerment has a really rich data set, which is easy to navigate through and is pleasing on the eye. Highly recommend! 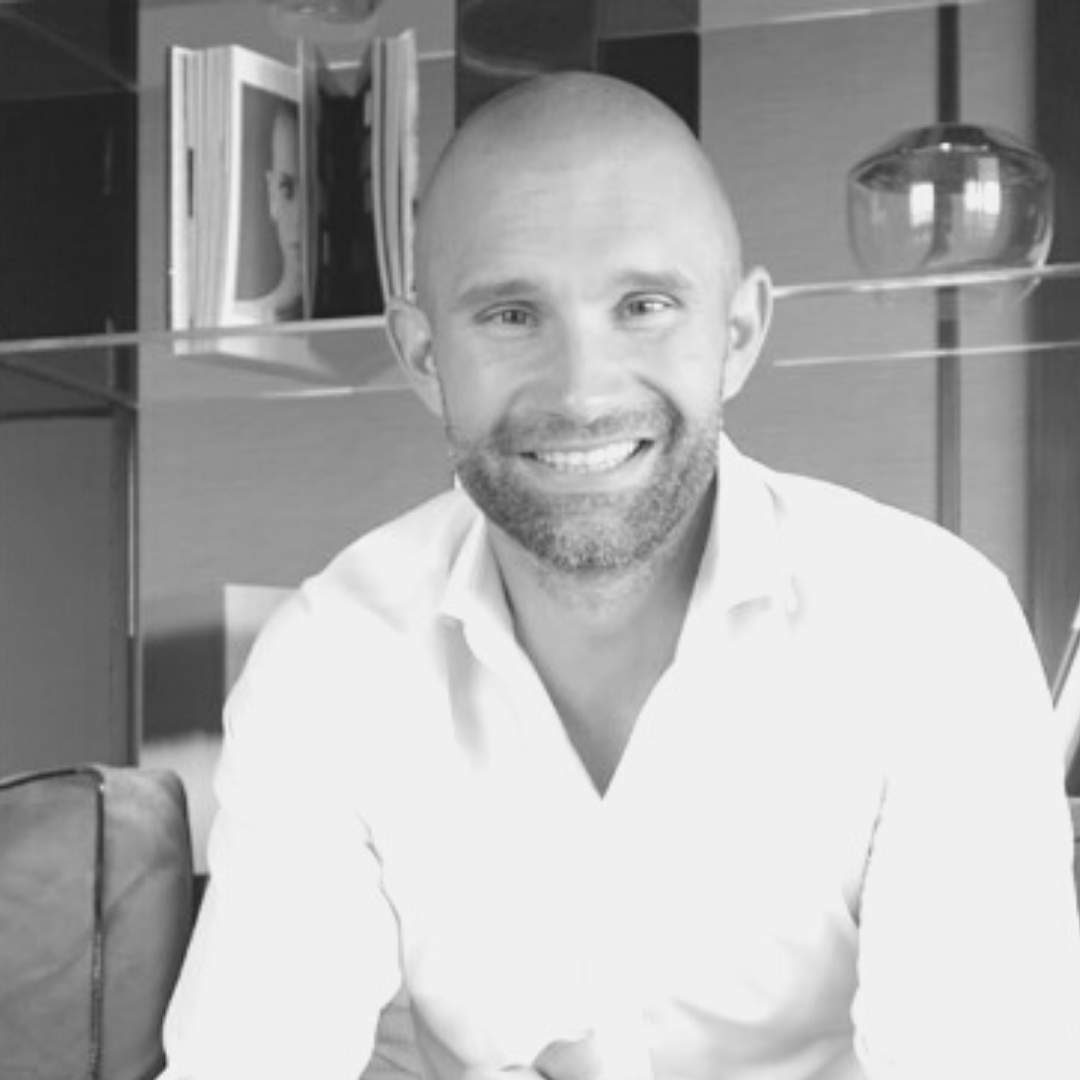 Julien A.

Performance analyst
Lire plus
Perfect tool to jump onto the data bandwagon

Data analytics is becoming more and more important in football. Soccerment present a nice and intuitive way to visualise stats and compare players. Plus, their Player Smart Search is very responsive and efficient. I would add the top leagues of South America and the MLS. 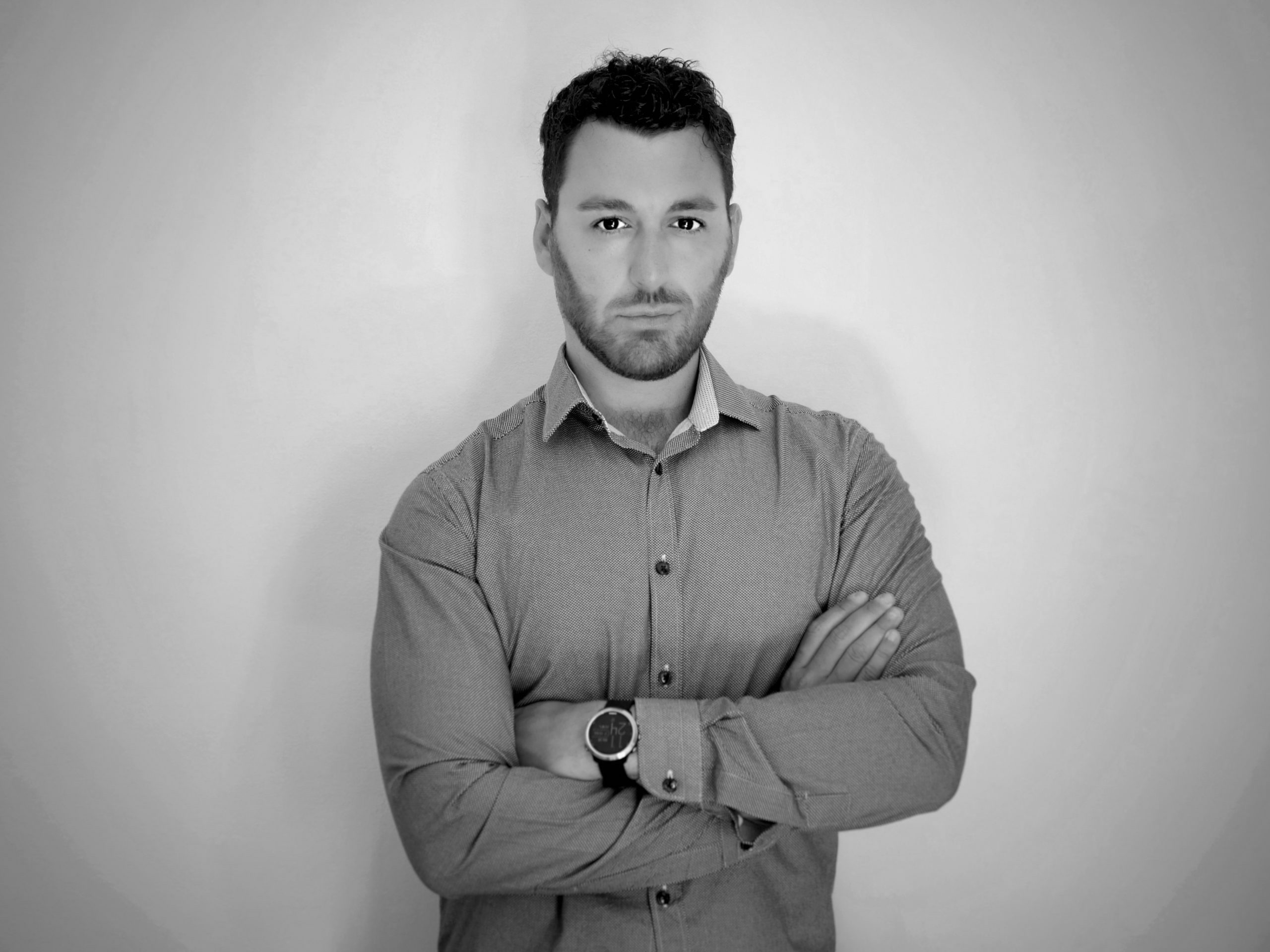 Thanks to the Player Smart Search I have all the useful data and intelligence to manage my fantasy football teams. Top tool for football fans!
Précédent
Suivant 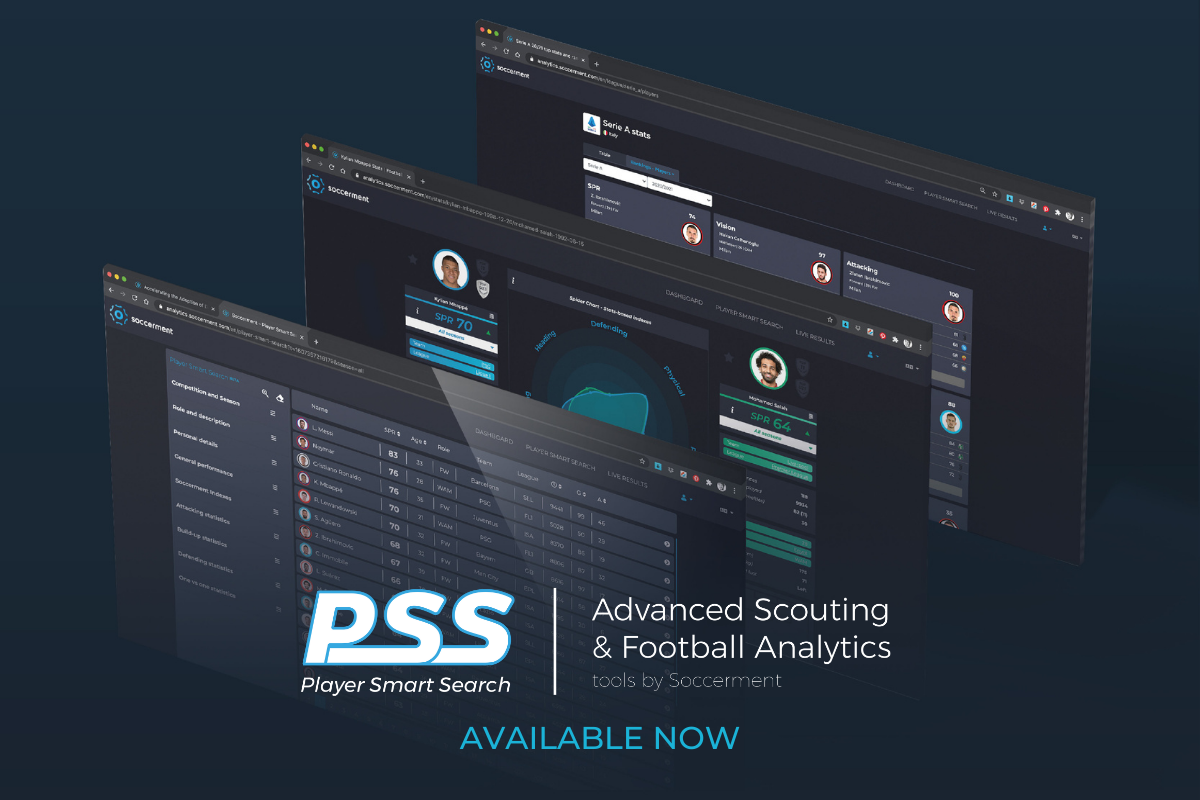 SCOUT WHATEVER YOUR NEEDS ARE

Analytical and customized
Ideal for laptops and desktops

Create a shortlist of the players with the exact characteristics you are looking for.

Filter among thousands of players using our pre-set roles or Performance Indexes to find the perfect players in seconds. 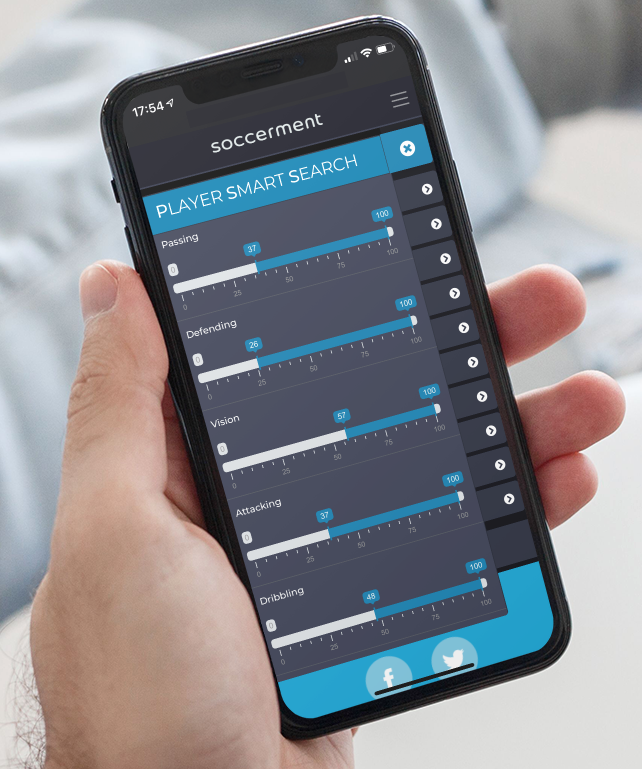 Refine every detail of the players' performance stats and tactical characteristics.

When you are happy with the shortlist, you can start analysing and comparing the players, diving into their tiniest performance details.

What is the "Player Smart Search" and who is it for?

Soccerment’s « Player Smart Search » is a data-driven scouting tool, which allows the user to find the targeted footballers, based on their statistics and/or their performance indices.

We developed the « Player Smart Search » to meet the needs of three typologies of users:

– Football Professionals, who look for very specific details about the players’ performances: they can filter more than sixty variables, including statistics, personal details, physical attributes and tactical roles.

– Journalists, Bloggers and Fanalysts, who can quickly select one of our pre-set searches and then make their own adjustments and tweaks, to find their perfect search settings.

– Football Fans, who can easily use Soccerment’s Performance Indices and Machine Learning algorithms to find the perfect players for their teams.

What are the main advantages of a data-driven filtering system?

A data-driven filtering system offers, in our view, two main advantages to its users:

1. An easy and fast selection of a number of characteristics that the target player should have, so to form a limited shortlist of players to analyse; we developed the tool to maximise its responsiveness, making it both user-friendly and fast.

2. By analysing the stats of football players, we often find counterintuitive results. The eyes sometimes deceive us: that one forward that we deemed as a top player, is not included in the shortlist we just created… instead, there is that other forward that we didn’t believe was good enough. Was it because of the settings we engineered, or maybe that second player deserves further analysis? In both cases, Soccerment’s tools are here to help.

Performance Indexes: how do I use them?

First, within the « Soccerment Indexes » section, select the « Vision » and « Dribbling » indexes and increase the two parameters (try setting both of them above 50). Now, why not showing only the players who are 23 or younger? Go into « Personal details » and adjust the age, and your shortlist is ready!

When should I use the detailed statistics?

Ideal for football analysts or for the many ones who dream of becoming a football data analyst, this very detailed search type will lead you to the shortlist of the perfect players for any tactical needs.

Start by choosing the League and/or the Season. Then, select the role you are looking for and the personal details. Also, using the « General performance » section, you can limit the search to the footballers having played a certain amount of time and/or having made at least n appearances.

Finally, choose among the many event stats per 90 minutes, accuracy and success ratios we have selected, and split into four different sections: Attacking, Defending, BuildUp and One vs One stats.​

Looking for tall defenders (>190 cm) who are left-footed and display a high passing accuracy in both halves of the pitch?

Find them in your own way (passing accuracy parameters are >90% in own half, >75% in opposition half) or see the list!​​

Fast search with pre-set roles: what is it?

We see this as the perfect tradeoff between a fast search executed using the performance indexes and a more detailed player search obtained by picking every single stat. Our list of pre-set roles will let you find, in seconds, the best players with the specific skills you’re looking for, according to our machine-learning algorithms:

BALL PLAYING DEFENDER: centre-backs who are asked to start their team’s buildup and do not limit themselves to easy lateral passes (i.e. Leonardo Bonucci).​

COMPLETE WING-BACK: full-backs able to attack and/or wingers who are able to defend, constantly moving from their own half to the opposite one (i.e. Trent Alexander-Arnold).​

DEEP LYING PLAYMAKER: holding midfielders who specialise in passing, setting the tempo for their team’s buildup. A team normally revolves around them​ (i.e. Sergio Busquets).

BOX TO BOX MIDFIELDER: midfielders who are hard-working and who have good all-round abilities, which makes them skilled at both defending and attacking (i.e. Paul Pogba).

TREQUARTISTA: half midfielders, half forwards, these players move between the lines, using their higher-than-average technical skills and outstanding vision to create chances for the rest of the team or for themselves (i.e. Dimitri Payet).

CREATIVE WINGER: there are two types of creative wingers: with or without routines. Either way, they will end up dribbling their opponents, creating numerical superiority and dangerous opportunities (i.e. Jadon Sancho).

TARGET MAN: a particular type of striker whose main role is to win high balls in the air and create chances for their teammates, in addition to scoring goals themselves. Usually tall and physically strong (i.e. Olivier Giroud).

POACHER: goal poachers are forwards who wait in the six-yard box or the penalty area for a cross, pass or loose ball and pounce to try to score a goal. They will often score a goal out of the slightest of opportunities (i.e. Mauro Icardi).

What do I need to use the "Player Smart Search"?

There is only one requirement to start using it for free, which is logging in your Soccerment account, or signing up to Soccerment Analytics, if you don’t have an account yet. You will be able to use it for five minutes every day, for free.

If you need unlimited time, you will need to upgrade your account to « Analyst Plus »: for just €1.66 per month (paid yearly) you will be able to perform as many player searches as you like. On top, you will have full access to our database and tools.

Can I try the "Player Smart Search" for free?

Yes! And you can do more than just « trying » it, for free. You can use it every day (five minutes per day). 😎

What payment methods are available?

We accept credit card payments through Stripe, one of the most secure payment process companies in the world: this means that we do not collect the details of your card, it is all securely managed by Stripe.

Can I switch from one plan to another?

Yes, you can easily upgrade or downgrade your status. At the moment, there are three statuses:

– Fan: Sign up only, completely free. You can upgrade whenever you like to either « Analyst » or « Analyst Plus ».

– Analyst: Yearly fee, it provides full access to our tools, with the exclusion of the « Player Smart Search » and the « Smart Charts » (not yet available). Whenever you like, you can either downgrade to « Fan » or upgrade to « Analyst Plus ». In case of a downgrade, you will continue to have access to the Analyst tools, until the yearly subscription expires.

– Analyst Plus: Yearly fee, it provides full access to our tools, including the « Player Smart Search » and the « Smart Charts » (not yet available). Whenever you like, you can either downgrade to « Fan » or « Analyst ». In case of a downgrade, you will continue to have access to the Analyst Plus tools, until the yearly subscription expires.