Headings require three key skills: a good timing, jumping reach and coordination. In the top 5 leagues, three forwards stand out for their heading skills: Giroud (Chelsea), Pavoletti (Cagliari) and Carrillo (Leganes). In the current season, the “king” of headers is Leonardo Pavoletti, who has already scored 9 headed goals. 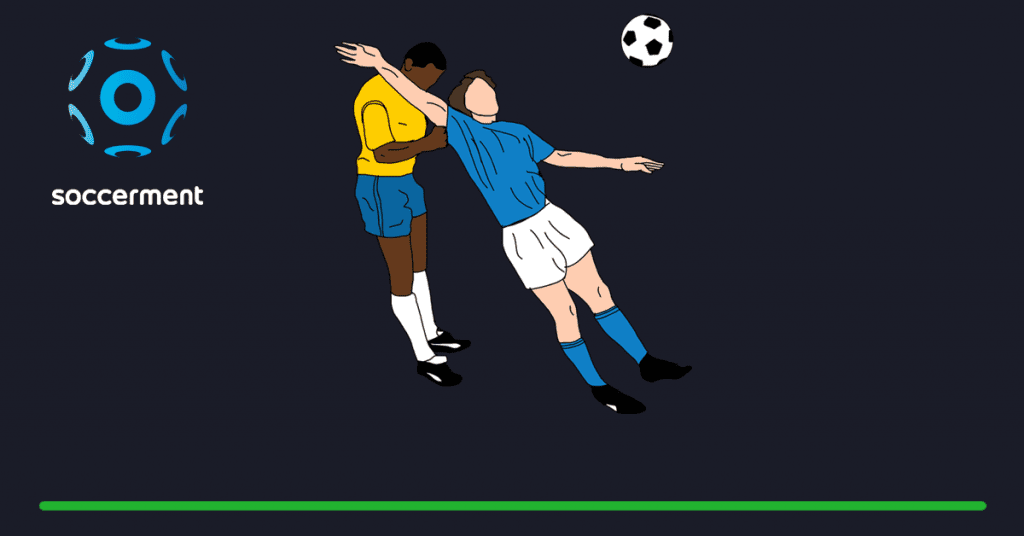 Mexico City, Sunday 21 June 1970. The Azteca stadium is filled with 112,000 people. Brazil is playing against Italy in the World Cup final.

12:18 pm. Receiving Tostão’s throw in, Rivelino leans back and loops a high cross into the box. Edson Arantes do Nascimento, known as Pelé, is inside the penalty box and foresees the cross coming. Italy’s Tarcisio Burgnich is there as well though. Burgnich is a strong, large, quick, and energetic player, regarded as one of the greatest Italian defenders of his time; his ability in the air, imposing physique, consistency, and his aggressive, efficient playing style earned him the nickname “La Roccia” (The Rock), despite not being particularly tall (anyway taller than Pelé).

More than 700 headed goals to date

More than 700 goals have been scored through headers in the top 5 leagues to date, representing 17% of the total goals scored. The German Bundesliga (‘GB’) has seen the highest number of headed goals per match so far (0.5), while the French Ligue 1 (‘FL1’) displays the highest incidence of headed goals on total (18.3%). 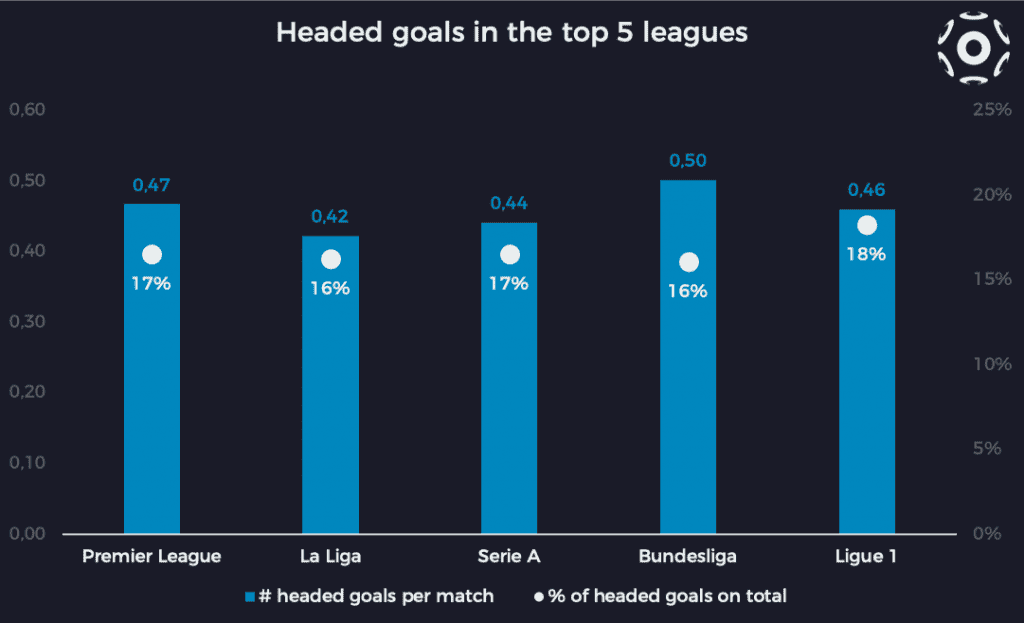 Exhibit 1: Headed goals per match and percentage of headers on total goals

The team scoring the highest number of headed goals is Bayern Munich (16). However, if we look at the percentage on total goals, Cagliari (Serie A) beat them all: 14 headers out of 31 goals (45%). To the contrary, Real Betis and Dijon have only scored from 1 header so far. 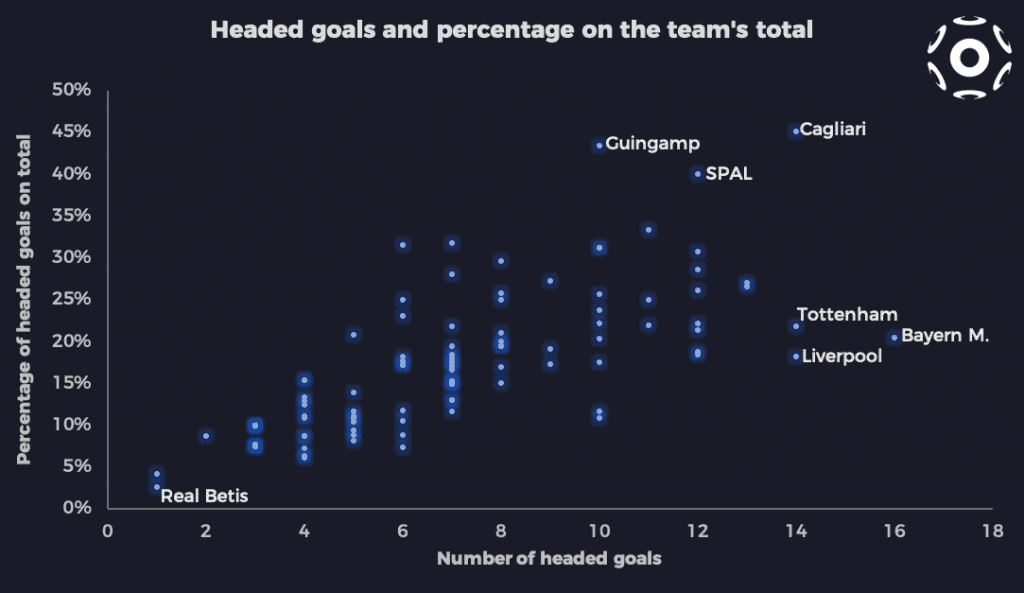 Exhibit 2: Number of headed goals and percentage of total goals

Does crossing improve the chances of headed goals?

In 32 matches, Inter Milan has attempted almost 600 crosses more than Barcelona (a difference of 18 attempted crosses per match). However, the Italian team has only scored 5 headed goals more than Barça: 11 vs 6.

We are not fond of crossing and believe it is an ineffective strategy. We analysed it in this post. 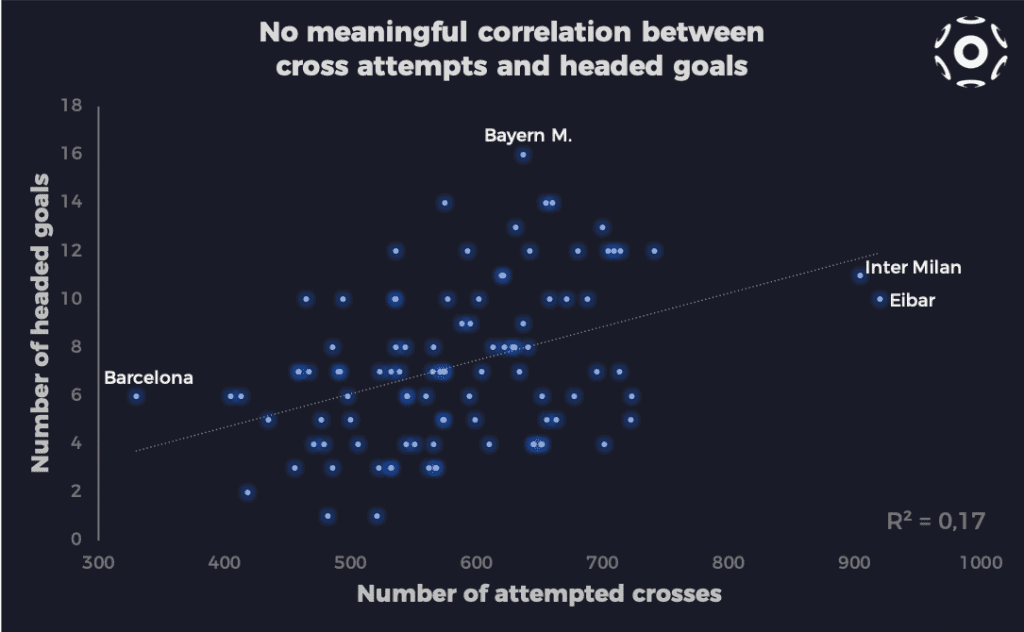 Reaching a ball to calibrate a header isn’t an easy task. There are three main skills that a player must have: timing, elevation and coordination.

Timing: The player needs to be in the right place at the right time and the trajectories originating from crosses or corners are not (always) easily predictable.

Jumping reach: Height helps, but without a good jumping reach, the amount of headers could be limited. “Explosive strength is fundamental for a soccer player to obtain the jump necessary to head the ball” (‘Training the Vertical Jump to Head the Ball in Soccer‘, A. Paoli, A. Bianco, A. Palma, G. Marcolin).

According to this video, Cristiano Ronaldo jumps 44cm from a standing position and 78cm with a run-up, 7cm more than the average NBA player.

Coordination: To successfully direct a header – while clashing in the air with an opponent – and do it with the correct power, requires having a good coordination, combined with a good spatial awareness.

Data related to head shots: quantity and quality are both important

The data relating to the heading ability, such as the number of headers that a player has taken over a certain period and the quality of those headers (goal conversion, typically) stem from the three aforementioned skills.

In this analysis, we assess the heading ability using a simple but effective tool: we plot the number of Expected Goals (‘xG’) emerging from the headers and the number of the headed goals.

To allow the comparability among players, we rebase all data per 90 minutes. We use all the available league data (top 5 leagues only) over the past five years. The dataset is of slightly less than 300 players, consisting of the forwards, midfielders and defenders showing the highest number of headed shots and goals, relatively to their roles. We filter out the players totalling less than 1500 minutes played.

Here below, the resulting aggregated chart. Three names are worth of mention: Olivier Giroud of Chelsea, Leonardo Pavoletti of Cagliari and Guido Carrillo of Leganes. 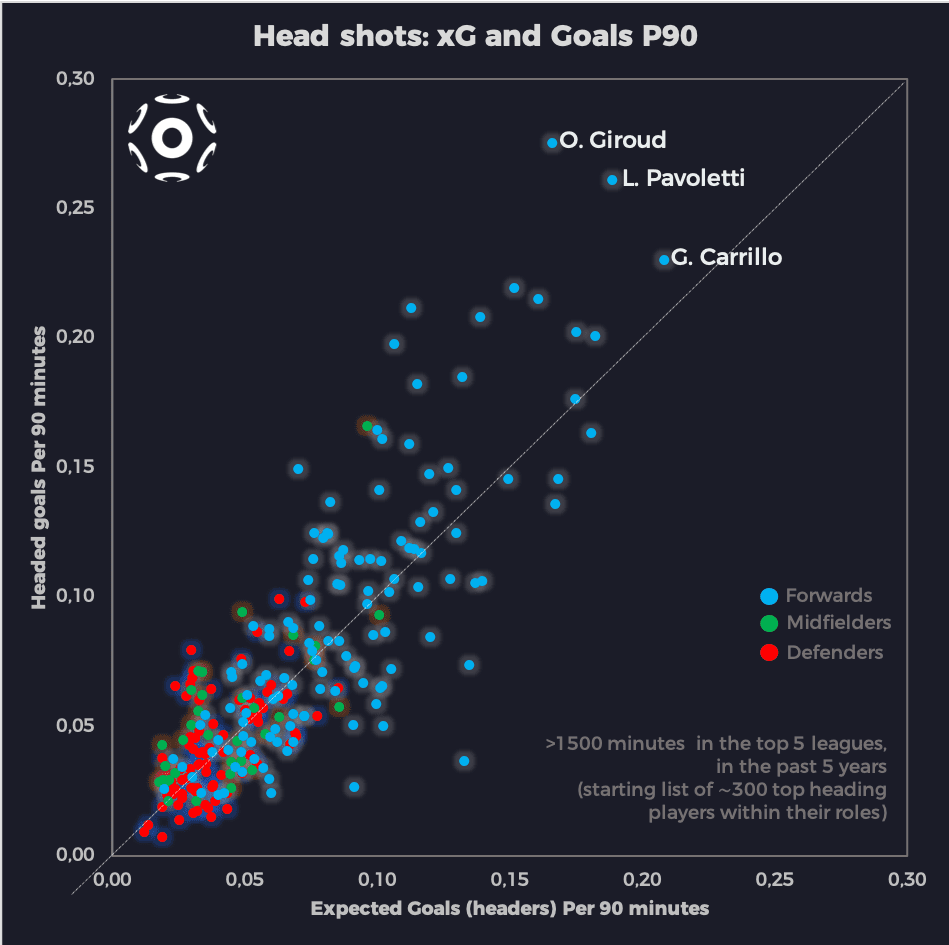 We zoom onto defenders, by changing the scale of the chart: whilst the forwards in our dataset average 0.09 xG per 90 minutes from headers, the defenders average 0.04 xG P90.

We were expecting Sergio Ramos and Gerard Piqué to easily win the contest among defenders. Instead, two other players come up as the best performers on heading: Willy Boly (Wolverhampton) and Willi Orban (RB Leipzig).

The French defender Willy Boly, 28 years old, has made 31 appearances in the ongoing EPL, scoring 4 goals, of which 3 through headers. He is 195cm tall and weighs 92kg, which helps… (it helped him here, in particular). He has totalled 0.06 xG from headers P90 this season, and 0.10 headed goals P90. 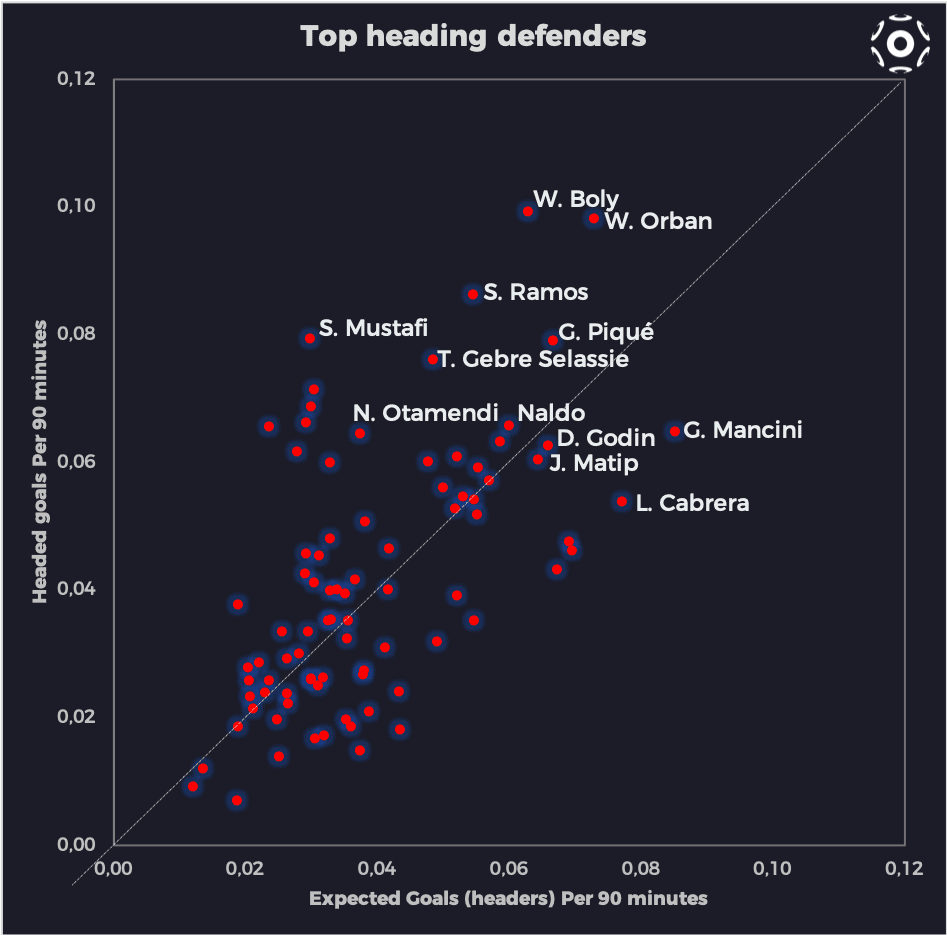 Among the midfielders of the top 5 leagues, West Ham’s Michail Antonio (29) shows the highest number of headed goals per 90 minutes: 0.17, out of 0.10 xG from headers. The versatile Englishman is not particularly tall (180cm), but shows a great timing on the ball (especially, but not only, on set pieces). This has allowed him to score 18 headed goals in the past 6 league seasons (EPL and EC). 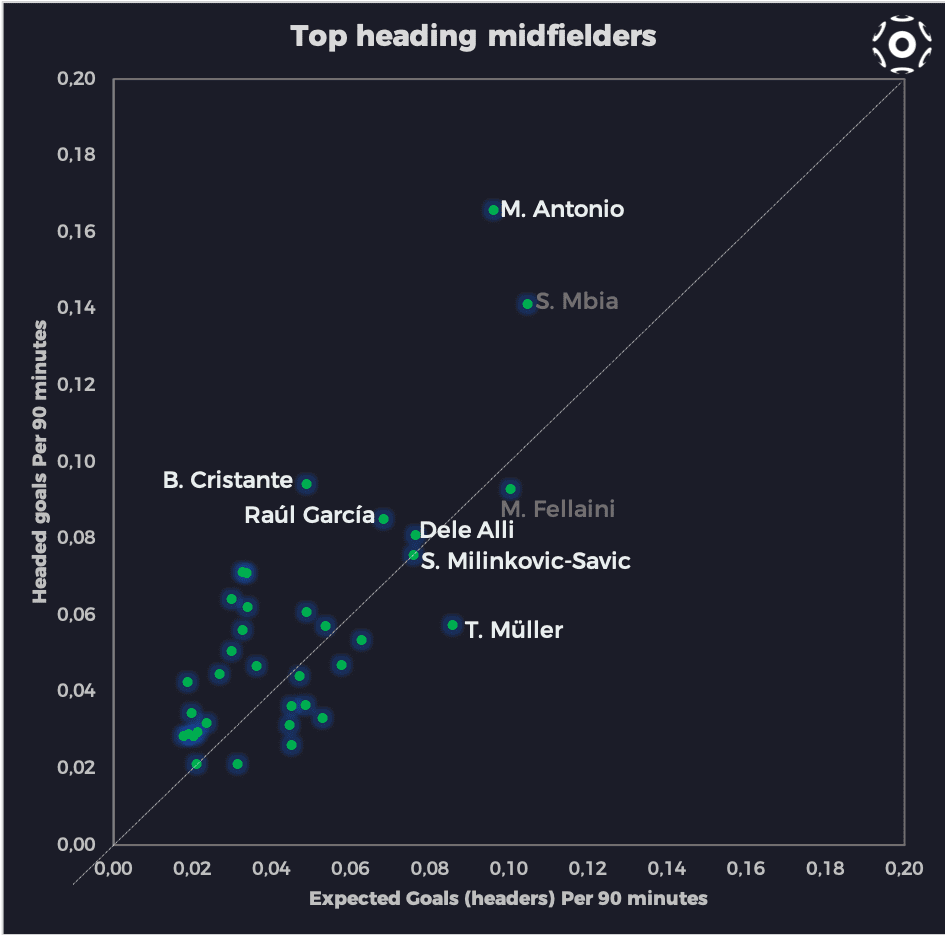 Cristiano Ronaldo (Juventus) is the forward having scored more headed goals in the past five top 5 leagues: 34, representing 21% of his total goals. He has averaged 0.22 headed goals per 90 minutes.

In our dataset, the three forwards with the highest number of headed goals per 90 minutes are Olivier Giroud (Chelsea), Leonardo Pavoletti (Cagliari) and Guido Carrillo (Leganes).

They show up as the most proficient forwards on headers. They average 190cm of height and are able to often find themselves in the situation of heading the ball towards the opponent’s goal, outperforming the probability of scoring from those situations.

If Cagliari has scored 45% of their goals from headers this season, it is mainly due to one man: Leonardo Pavoletti. The 30-year-old forward, ex Napoli, Genoa and Sassuolo, has already scored 9 goals through headers this year in the Italian Serie A (‘ISA’). Most importantly, over the past five years, more than half of his goals were from headers: 24 out of 47. Pavoletti has averaged 0.26 headed goals per 90 minutes. 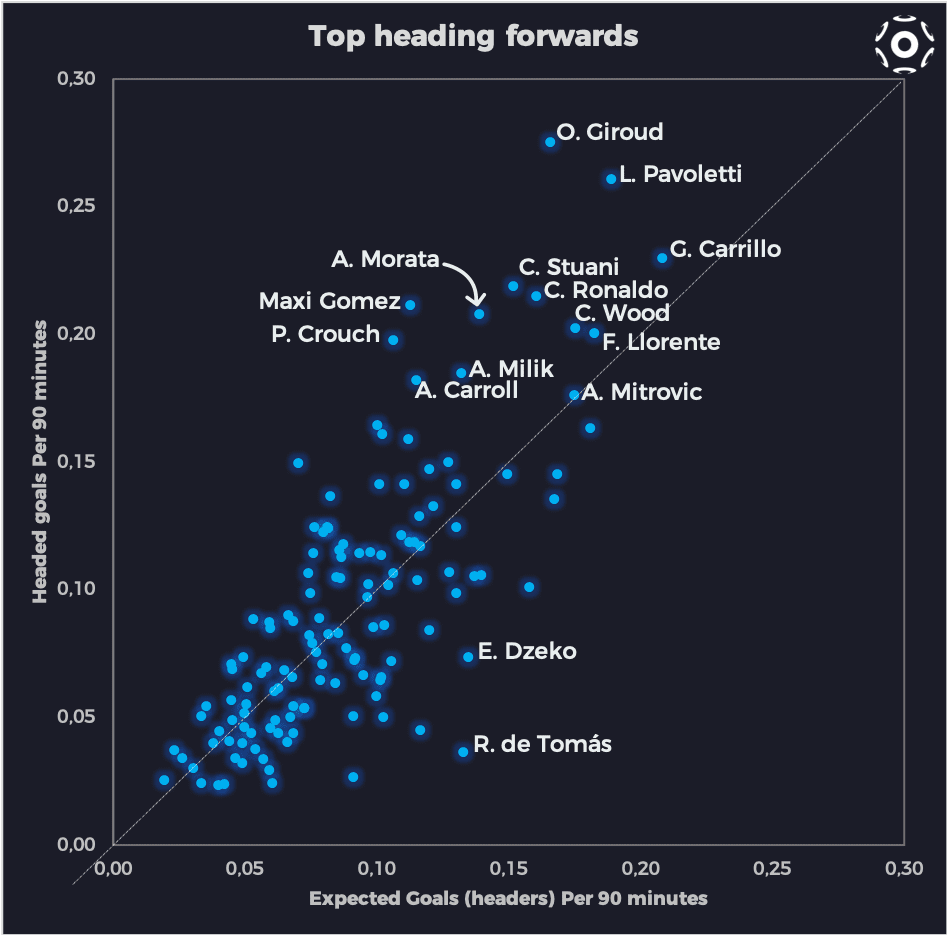 The ball is in the air. Pelé focuses on it and prepares to jump.

Pelé makes the first move, jumping earlier than Burgnich. It is a risky decision. If he anticipated the movement only slightly, the defender’s jump would end up peaking at just the right time.

Pelé has two advantages though: first, he is facing Italy’s goal, while Burgnich is running backward; secondly, somehow, for a fraction of a second, he defies gravity and hangs in the air.

“O Rei” hits a majestic header into the bottom right. The Italian goalkeeper Albertosi is late to react.